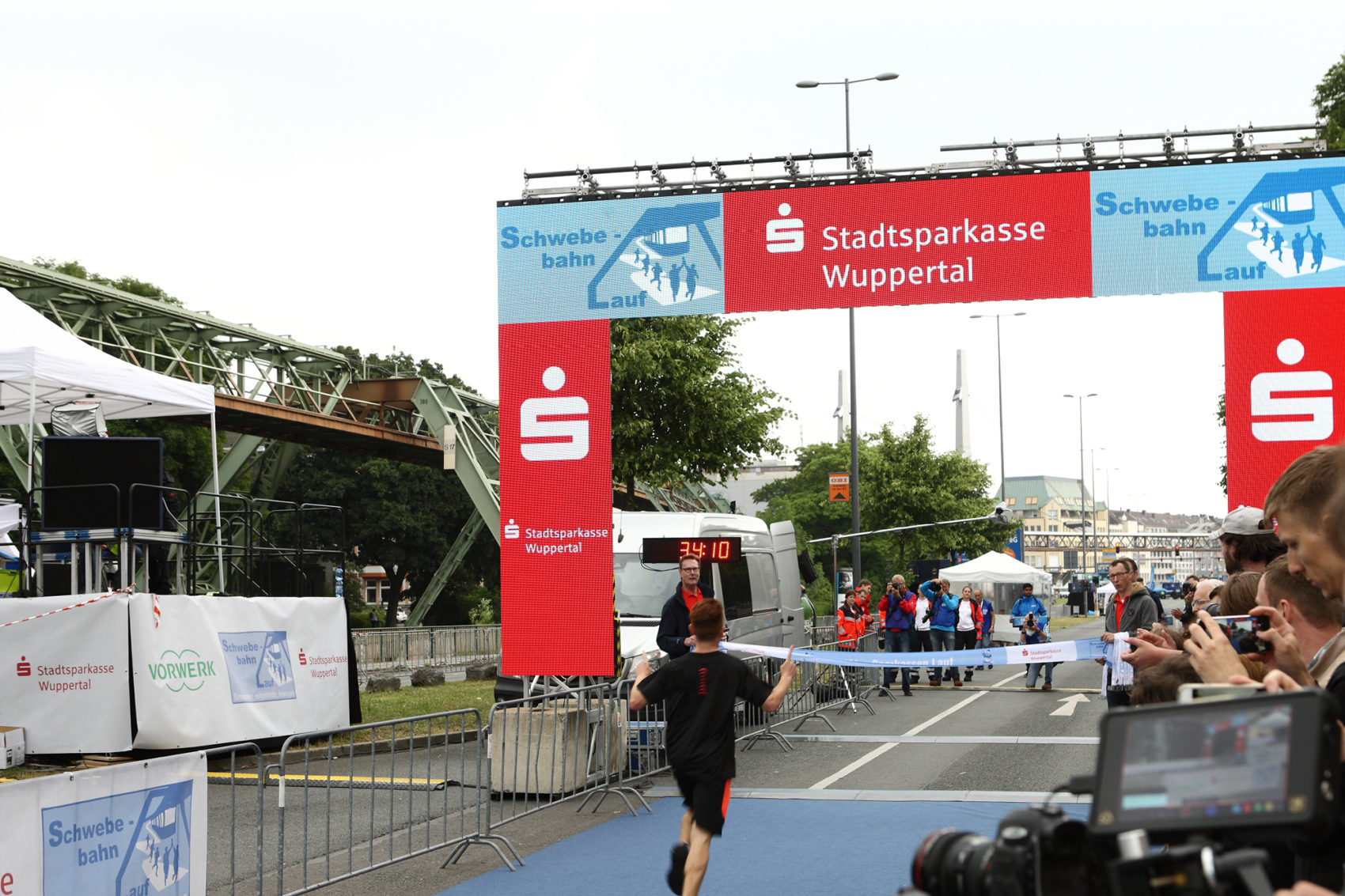 Innlights Displaysolutions provides dynamic start and finish displays. The “Schwebebahnlauf” in Wuppertal is an annual sporting event on the highway B7 along the suspension railway in the city center.

Two LED portals framed the start and finish positions of the suspension railway run with publicity and image impact. The digital presentation of the portals allowed for each of the five races with a total of more than 9,000 runners its own appearance. Innlights Displaysolutions, based in Wupperta,  had delivered and installed these specially shaped LED displays and another display for the central stage. Managing Director Thomas Klem reports: “Thanks to the LED technology, an individual shape of the portals was possible. The feed represented the appropriate motifs ranging from changing sponsor advertising to running information and animated countdowns.” In addition, the LED display on the stage showed live events from the running track. Thomas Klem concluded on the event: “The two large LED portals in particular contributed to the successful appearance of this supraregional sports event”.